I have always found something inherently impossible about lists that claim to name the ten best of anything.  So what follows, primarily for my students who read this blog, is a list of my ten favorite books from 2010.

In fact, I post this with special best wishes to a group of 4 – 5  former students (you know who you are) whose ongoing book recommendations have kept me engaged and entertained. Thanks in particular to Joy, the kind of book lover who  makes teaching such a (I really didn’t start this sentence intending to do this) joy.

They were simply  the books I most enjoyed reading this year.

If they share anything, and I think they do, it is their unflinching honesty about human nature. We may not be comforted by these “portraits of humanness,” but they seem to come the closest to depicting who we all are as flawed, fragile, and complex human beings. 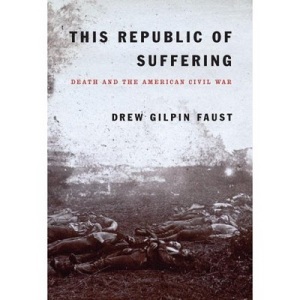 Faust, Drew Gilpin. This Republic of Suffering: Death and the American Civil War.

Heilemann, John and Halperin, Mark.  Game Change: Obama and the Clintons, McCain and Palin, and the Race of a Lifetime.

Leavy, Jane. The Last Boy: Mickey Mantle and the End of America’s Childhood