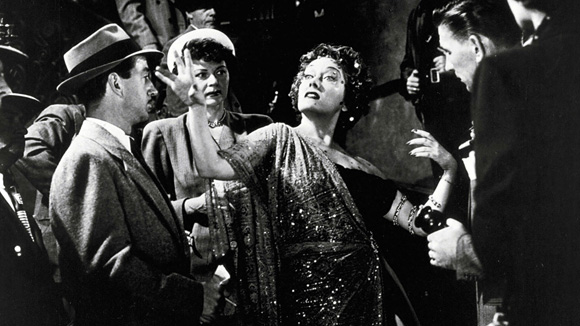 Make room for me in that special circle of hell reserved for all the people who –  having lived and breathed and been nourished by film – nonetheless at some moment find themselves watching a movie on a phone.

I remember going to see Fame almost 30 years ago in Times Square, and — by the time I walked through at least five different corridors — I arrived in Somethingplex 18 to find a screen smaller than today’s modest HDTVs.

It got worse. Through the years, I watched many new developments diminish the film experience. First came colorization, which happily never caught on. Then all the “arounds” — Sensurround, Shakearound, Twistaround and heaven knows what else. Saddest of all was watching the disappearance of the lost art of gorgeous black and white cinematography, perfected by some of the greatest film  craftspeople and artists of the 20th century  — John Seitz, Lucien Ballard, Joseph Walker, Robert Burks, Boris Kaufman and many others.

And now Blu-Ray, which – while a gorgeous platform for many new films – subjects older, beautiful and careful noir cinematography and sundry special effects to a level of resolution that was never intended, to a microscopic scrutiny that ruins its grain and texture.  I actually saw a Coppola-sanctioned remastering of The Godfather recently that was pumped up to such an intense and sharp resolution that – for the first time – Marlon Brando looked like a young man with bad make-up. I can’t believe that Gordon Willis, Dean Tavoularis, or Dick Smith was happy with the result.

And yet, for all my supposed respect for the medium, there I was, watching Midnight Cowboy on a tiny iPhone screen.

Something is very, very wrong here.