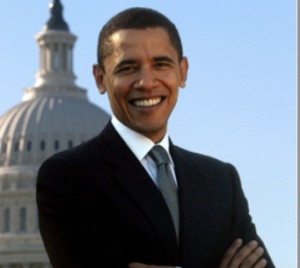 My personal political beliefs are not a big secret. They are firmly and passionately held.

As a Professor, though,  I have always done my best to create a classroom in which students are comfortable expressing diverse views.  I am not sure I have always succeeded. Talking about fairness is one thing, but body language and tone of voice can tell quite a different story. I try.

Media and Mayhem, though, is not primarily a political blog. That does not mean it does not deal frequently with politics. It is that imparting my political views is not its main purpose.  It  has always been primarily for my students and other students of media and culture. But I am fully aware that nothing can really be extricated from the political.

All of this is to say, in a much too windy way, that when I watch an event like today’s face-off between President Obama and House Republicans, it would be a little dishonest  for me to claim neutrality. I am a Democrat, probably left of President  Obama, who admires the president enormously.  Having worked in politics, though, and having thought a lot about political and communications strategy, I can generally watch a politician appear before an   audience and give a pretty fair evaluation of who won a particular skirmish. I am more than willing to concede that a politician I admire may have performed horrendously.   And I have often had the uneasy experience of watching debates in which people with whom I disagree perform infinitely better than those representing my point of view.

Having said that, and with full awareness that that the president faces close to impossible challenges, I would like to suggest that this week’s State of the Union address by President Obama, followed by today’s face-off with the group of hostile House Republicans, was as good as political communications gets.

Yes,  I know that success is usually measured by how many minds you are able to change. Sadly, this does not seem to be an era in which any minds are changed very easily, regardless of argument or evidence. But simply as a strategic attempt to increase his advantage in the battle for public opinion, and as an attempt to speak to a larger audience of citizens whose  support he will continue to need,  these were two memorable days in the history of the presidency. They also illustrate many principles of persuasion and argument that we should all keep in mind as we make our cases for how we wish the world would work.

The president was neither apologetic nor defensive about his views. At the same time, though, he used words and tone and body language to make clear that he was clearly aware of, and had been chastened by, his failure to enact some of his key initiatives. He conveyed a sense of urgency, but did it without the kind of intensity that suggested fear or panic.  He seemed to say: “I’m here. You’re going to have to deal with me. I have deeply held principles that guide my actions. But we are all in this together and I’m not going to be a jerk about it.”

He also used what appeared to be spontaneous humor to disarm opponents who  looked more than a little strange when, at first straining to keep poker faces,  they sat on their hands and almost refused  to acknowledge that the president was in the room. I respect their right to disagree and to employ whatever political strategy they think is best, but I’m not sure they realized  how strange it looked to be stubbornly refusing to acknowledge anything positive about the president.

The president saw those poker faces, but looked them straight in the eye,  suggesting that he had just made a proposal that they certainly should be able to applaud.

Come on, he seemed to ask, you can give me a little bit of applause, can’t you?

One of the House leaders did applaud, and then laughed. This is rhetorical combat fought at its highest level, and at that moment the president at least temporarily snatched their weapons away, as if in an old Errol Flynn sword fight.

Then, even more shrewdly, he proceeded to list a series of proposals that the House Republicans simply could not have afforded to ignore. They had to applaud. Even when he proposed something for which there is a reasonable counter argument, he stated it in a way that virtually forced the audience to register at least some enthusiasm.

These events, even at their best, are more combat than careful discussion. Each side’s views are inevitably caricatured by the other side, and impressions  matter more than intellect.

But even judged this way, I think it’s fair to say that the State of the Union was a tour de force, and that the president resuscitated and revitalized his presidency as well as any political leader I have ever seen. Of course, in our current frenzied news cycle, this will probably be quickly forgotten. This, though, was a night when many were watching to see whether his recent defeats would make him a little more defensive and a little less bold. He wasn’t.

It is one thing to be tough and unwavering. It is quite another to be warm and humorous.  I have known politicians who were superb doing one or the other. But to do both at the same time,  and to do it when the stakes are high and when millions of people are watching, is an extraordinary accomplishment.